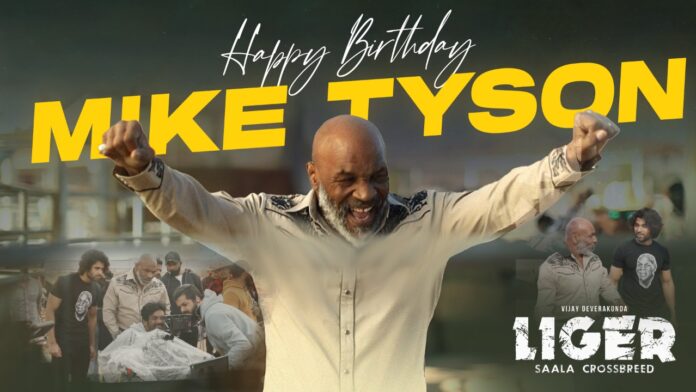 Vijay Deverakonda’s Pan India film Liger directed by Puri Jagannadh will have International Icon Mike Tyson in a mighty role. The team went all the way to the USA to shoot the scenes involving Mike Tyson. Team Liger wished Mike Tyson, on the occasion of his birthday, by releasing a video.

Besides the birthday wishes, the video also shows the making visuals. Although he’s a legend Mike Tyson was very friendly with the team which is noticeable in the video. Exhibiting his affection towards Vijay, Tyson kissed and hugged him.

The film co-starring Ananya Pandey is presently in post-production phase. Liger is getting ready for release on August 25th. The team will begin the promotional campaign soon.