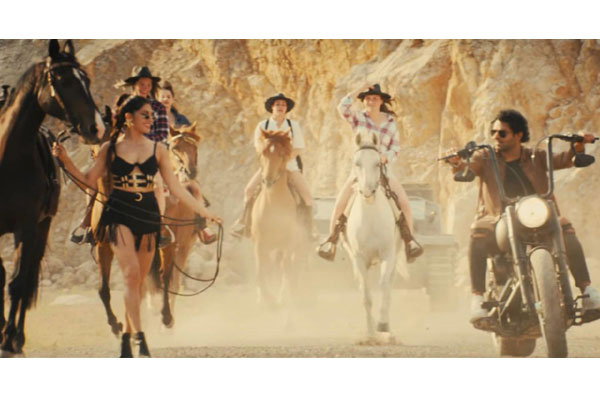 Saaho is one of the most awaited films that will release during this season in the country. The trailer and the songs already caught everyone’s attention and the expectations crossed the skies. The makers are said to have left uncompromised when it came to the quality of the film. For example, a special number ‘Bad Boys’ was canned on Prabhas and Jacqueline Fernandez across the beautiful locales of Austria for a week.

The makers were not convinced with the quality and output of a shot and it took four complete days for them to get satisfied. Now the released video byte received top class response from the audience from all the corners. The visuals of the song came out really well which is a clear indication that UV Creations had no compromise on the quality. The film directed by Sujeeth is hitting the screens on August 30th and Shraddha Kapoor is the leading lady.