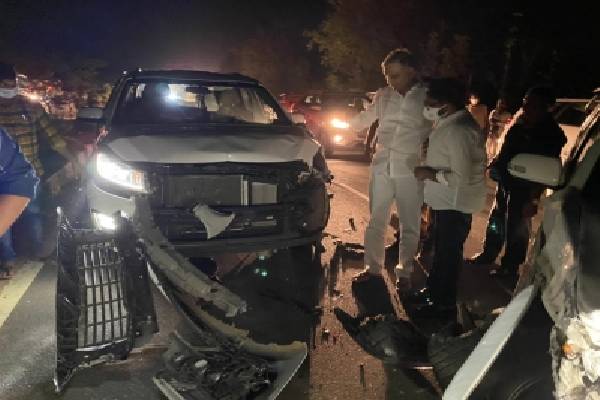 Telangana Finance Minister T. Harish Rao escaped unhurt when his convoy of vehicles met with an accident in Siddipet district on Sunday night.

Vehicles in the minister’s convoy collided with each other when the security vehicle leading the convoy had to apply sudden brakes to avoid hitting some wild pigs, police said

The incident occurred near Nagula Banda when the minister was returning to Hyderabad from Siddipet.

Harish Rao and his aides escaped unhurt. The cars in which the minister and his security guards were travelling suffered some damage in the collision.

The accident occurred when the driver of the pilot vehicle applied brakes as some wild pigs suddenly came on to the road.

Harish Rao reached Hyderabad in another car. On learning about the incident, Chief Minister K. Chandrasekhar Rao called up the minister and enquired about his well-being.

Earlier in the day, Harish Rao, along with the Chief Minister, had attended an official programme in Siddipet.