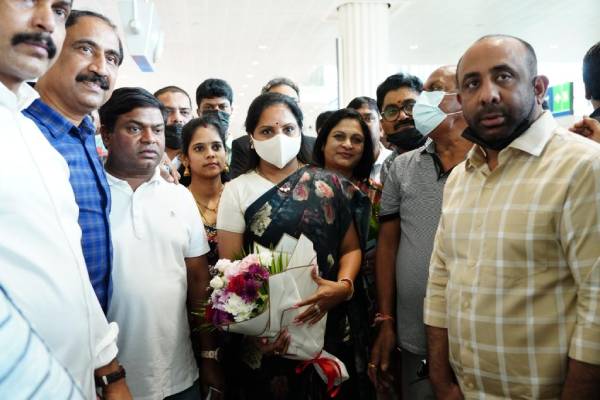 Telangana’s floral festival Bathukamma is going global as it is all set to be showcased on the world’s largest screen at Burj Khalifa, the world’s tallest building, in Dubai.

Thanks to the efforts of Telangana Legislative Council member Kalvakuntla Kavitha led cultural organization Telangana Jagruthi, the state’s unique culture will be showcased in grand manner on Saturday night.

The folk festival celebrations will be screened for one hour from 9.40 p.m. (IST)

Ahead of the screening, a delegation led by Kavitha arrived in Dubai.

Slogans of ‘Jai Telangana’ and ‘Jai KCR’ were raised as the delegation, which included some MLAs, came out of the Dubai Airport.

Bathukamma, the symbol of Telangana culture and the State government’s official festival, was celebrated from October 6 to 14.

Ever since the formation of Telangana in 2014, Bathukamma has been celebrated as the state festival.

Kavitha and her organisation Telangana Jagruthi has been playing a key role in promoting the festival.

This year, she brought together music maestro A.R. Rahman and filmmaker Gautham Vasudev Menon for a song on Bathukamma.