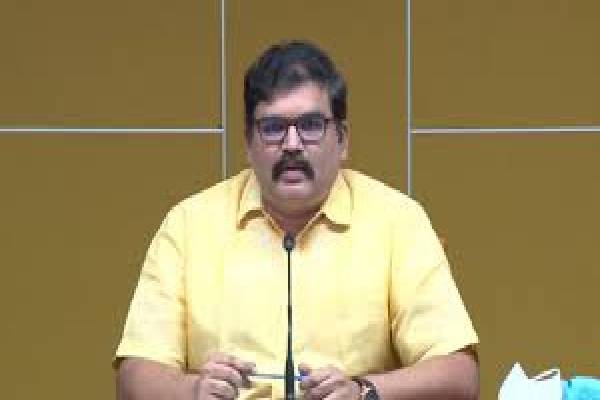 He was arrested on Wednesday night for allegedly using abusive remarks against CM YS Jagan.

Pattabhi was produced before the Vijayawada court on Thursday by Governorpet police.

The judge ordered 14-day judicial remand to Pattabhi following which he was lodged in Rajahmundry central jail.

He was booked under Indian Penal Code (IPC) Sections 153A (promoting enmity), 505 (public mischief), 353 (deter a public servant from discharge of duty), and 504 (provoking breach of the peace) and 120B (criminal conspiracy).

The TDP leaders and cadre celebrated bail to Pattibhiram across Andhra Pradesh. They termed court orders as a slap on the face of Jagan who is resorting to vendetta politics against his political opponents.

Naidu attached photographs, video clips and newspaper cuttings pertaining to Tuesday’s attack on TDP’s central office at Mangalagiri and other party offices and houses of party leaders in his letter to the President, the PM and Union home minister.