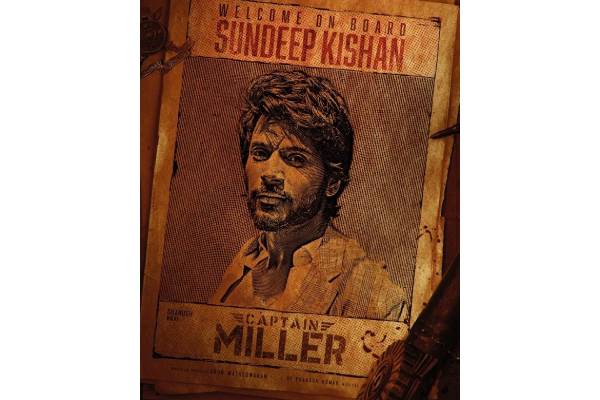 The makers of Arun Matheswaran’s much-awaited Dhanush-starrer ‘Captain Miller’ on Saturday announced that Telugu star Sundeep Kishen would be joining the cast of the film.

Significantly, his collaboration with Dhanush for this movie will add more value to this grand project, directed by Arun Matheswaran.

The film has music by G.V. Prakash Kumar and dialogues by Madhan Karky. Cinematography for the film is by Shreyaas Krishna and editing is by Nagooran.

‘Captain Miller’ is a period film set in the period of 1930s-40s and will be released simultaneously in Tamil, Telugu, and Hindi. It is being directed by Arun Matheswaran, who shot to fame for his critically acclaimed movies ‘Rocky’ and ‘Saani Kaayidham’.