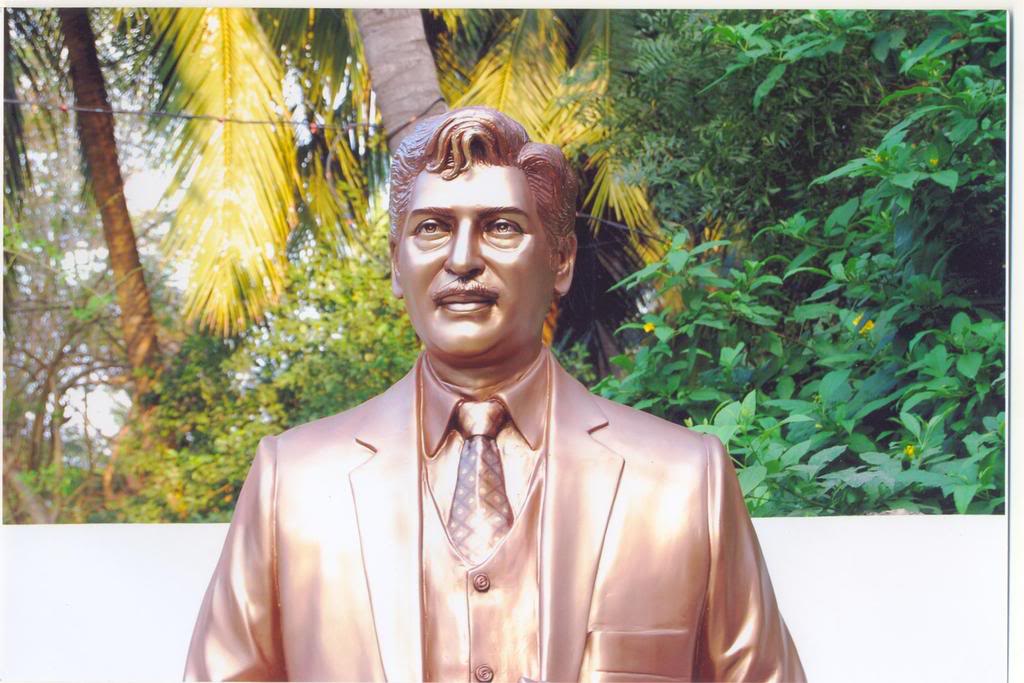 Tension atmosphere is prevailing at veteran actor Shoban Babu’s residence as a political organisation in Tamil Nadu, Tamilar Munnetra Padai has warned Tamil Nadu Government that they would remove the statue of Shoban Babu, which was erected at his residence in Chennai.
It may be noted that Tamil Nadu Government earlier directed this political organisation to remove the statue of LTTE supremo Prabhakaran stating that it’s against the law to set up such statues who were labeled as anti social elements. Owing to the directions, Tamilar Munnetra Padai removed Prabhakaran’s statue.
As Prabhakaran’s statue is removed, the organization came up with demands that no statues should be installed in the state. As a first move, it asked government to pull off Shoban Babu’s statue. In case, the government fails to do so, they said they would plunge into the action.
Meanwhile, Shoban Babu’s family members said that they built the statue in their own place and if anyone has any objection, they can approach the court of law. A large number of Tamilar Munnetra Padai’s activists were taken into the custody who were protesting in front of Shoban Babu’s residence.
The sources said that Jayalalitha Government is planinng for further actions against Munnetra Padai.