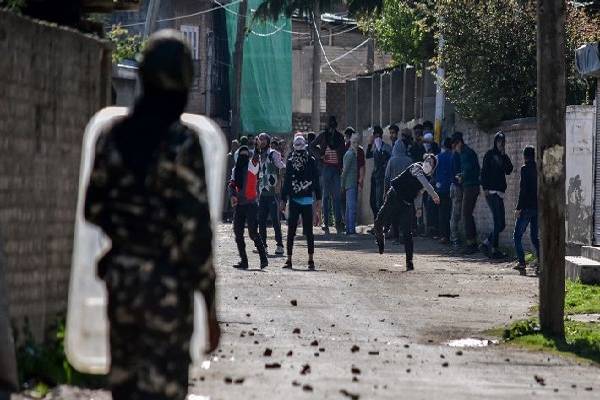 Tadipatri, the stronghold of the JC family, is witnessing street fights between the YCP and the TDP followers. The stone pelting and attacks with harmful weapons is reported today. It all started after YCP MLA Ketireddy Pedda Reddy and his activists came to JC Prabhakar Reddy’s house and attacked two youths there. Ketireddy was furious over some comments against him coming on social media.
The Ketireddy followers had beaten up JC admirer Dasari Kiran and told him to leave Tadipatri. Otherwise, they threatened to kill him. The YCP followers have also resorted to stone pelting at the JC house. Following this, the JC followers also came onto the road and launched a counter attack.
In the violence that followed, cars and two wheelers belonging to both the groups were damaged. The police also arrived at the scene and launched lathicharge to disperse the warring mobs.
JC Prabhakar Reddy was in his house at the time of this incident. On hearing about the violence, he was coming from Hyderabad. Both the groups were unrelenting despite the police lathicharge.