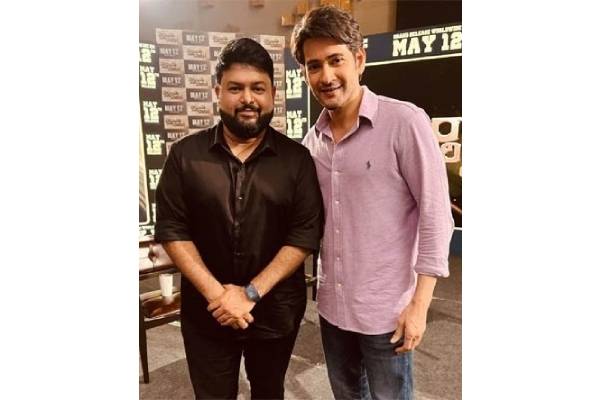 Superstar Mahesh Babu’s Sarkaru Vaari Paata released across the globe yesterday and the response has been mixed. Mahesh Babu happens to be the major saviour for this poorly written mass entertainer. Thaman who has been in terrific form and delivered outstanding BGMs for films like Akhanda and Bheemla Nayak missed his mark for Sarkaru Vaari Paata. Thaman’s background score was not up to the mark in this Mahesh Babu’s starrer. Thaman was even trolled on social media for his work for this film.

The songs Kalavathi and Ma Ma Mahesha turned out to be instant chartbusters but the crucial background score for this mass entertainer is a huge letdown. Sarkaru Vaari Paata is directed by Parasuram and Mahesh Babu, Keerthy Suresh, Samuthirakani, Nadiya played the lead roles. Sarkaru Vaari Paata opened on a strong note across the Telugu states and in USA. The film will have to fare exceptionally well to recover the investments.