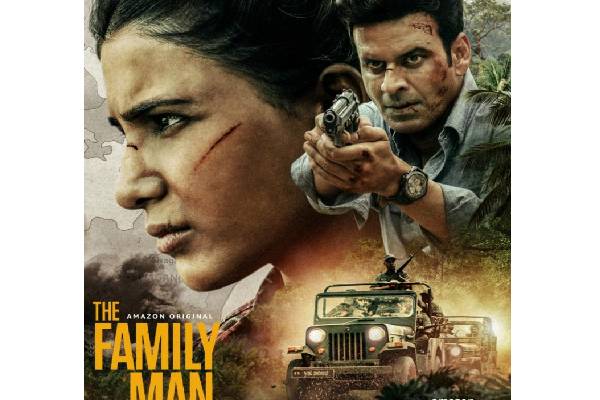 The Family Man created a splash across the country and in the Indian webspace. It can be called the biggest hit among the Indian web series and the makers announced Season 2 after the first one ended up as a smashing hit. Raj and DK, the creators of The Family Man directed The Family Man 2 and the season features Manoj Bajpayee, Priyamani, Samantha Akkineni, Sharib Hashmi in the lead roles. The Family Man 2 is streaming on Amazon Prime from last night and it has nine episodes.

Here is the complete review of The Family Man 2:

If you haven’t watched the first season of The Family Man, give it a watch before you head for the second. Though the seasons aren’t badly connected, you will be taken into the world of Srikant Tiwari and his life. The first season ends with a gas attack and it is where the second season starts. The Family Man 2 showcases Srikant Tiwari (Manoj Bajpayee) working for an IT firm after he quits his services for the NIA. JK (Sharib Hashmi) continues his job and is the only connection for Srikant with NIA.

Srikant gets back into action after he is informed about the assassination plan of the Prime Minister by Sri Lankan Tamil Rebels. Raji (Samantha Akkineni), a fearless rebel who is ruthless is on the mission. The rest of The Family Man 2 is all about the mission and if Srikant and his team were successful in aborting the assassination plan. The best part of The Family Man 2 is that it has drama, sensible entertainment and action along with the needed thrills. Nine episodes are sure quite longer for the season as the first four episodes seem stretched enough without unveiling much.

The real action unfolds from the fifth and ends up on a thrilling note. The Family Man 2 will live up to the expectations but seven episodes for the season would have made wonders for sure. On the flipside, Raj and DK took their time to explain every detail which makes the season a decent watch. The last four episodes are racy, thrilling, and action-packed. The Family Man 2 is undoubtedly a great watch but the first season is the best.

Manoj Bajpayee scores big again as Srikant Tiwari who is a struggling father and a husband. His relationship with his family seems to be more strained and there is a lot of humor generated out of it. His one-liners are top class. Sharib Hashmi adds more humor to the show and he does his part perfectly well.

Samantha Akkineni is undoubtedly the biggest surprise of the season. She is just awesome and adds many surprises for The Family Man 2. She plays an emotionless girl rebel and performed well in the action episodes. Priyamani plays her part well. All the other actors are good.

The Family Man 2 reveals that there is a lot of hard work kept on the script. Every detail is well explained and you have 6 hours and 53 minutes of content to be watched. Keeping the audience hooked for a long time is a challenge. But the best part of The Family Man 2 is the screenplay, the funny one-liners and the dialogues. The season picks up from the fifth episode and it never slows down. The action stunts are real and the cinematography work stands out. The background score is good and Amazon has invested a bomb on the season. Raj and DK delivered their work with perfection and they extracted the best out of Manoj Bajpayee and Samantha.

The Family Man 2 is an impressive successor and Raj, DK have one more winner in their hands. The second season is darker and has enough dosages of action and humor. Don’t miss it.