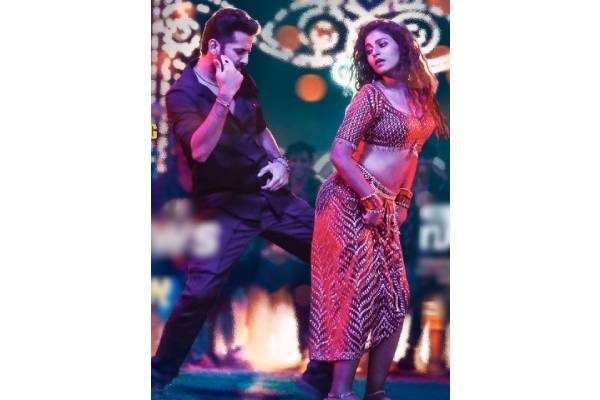 Nithiin will be next seen in “Macherla Niyojakavargam”, a full-length mass action entertainer produced by his father Sudhakar Reddy and sister Nikitha Reddy under the Sreshth Movies brand. The mass, special song “Ra Ra Reddy: from the movie, starring Anjali, which was released earlier, is now trending on YouTube.

With Krithi Shetty and Catherine Tressa in the key parts, the film boasts plenty of glitz. To add to the glitz, the producers enlisted actress Anjali to shake her leg opposite Nithiin in the special song “Ra Ra Reddy”.

With Nithiin’s most famous song “Ranu Ranu Antune Chinnado” from his debut movie “Jayam” included in the special song featuring Anjali, it comes as the frosting on the cake for his fans.

Nithiin and Anjali’s searing chemistry, as well as the mass dance, and the flamboyant backdrop takes it to the next level. The song is currently dominating on social media and across all music platforms. It’s currently trending at the top of YouTube Music, with over 10 million views.

With Mahati Swara Sagar as the music composer, “Macherla Niyojakavargam” is helmed by debutante M Raja Shekhar Reddy, and will hit the screens soon.