Mass Maharaja Ravi Teja’s next film, which is under the direction of Gopichand Malineni was is set to be grandly launched today.

This cop drama has been titled ‘Krack’ which gives an indication of Ravi Teja’s characterisation in the film. He looks menacing in a fierce avatar with moustache and slightly-grown beard.

Ravi Teja finally got his looks right in this film after all of his recent ones disappointed big time.

‘Krack’ is set to hit the big screens during Summer 2020. The film is said to be based on true incidents. It has Shruti Hassan in the lady lead role with Samuthirakami and Varalakshmi Sarathkumar in other prominent roles. Thaman is composing the tunes for this cop drama and ‘Tagore’ Madhu is producing it. 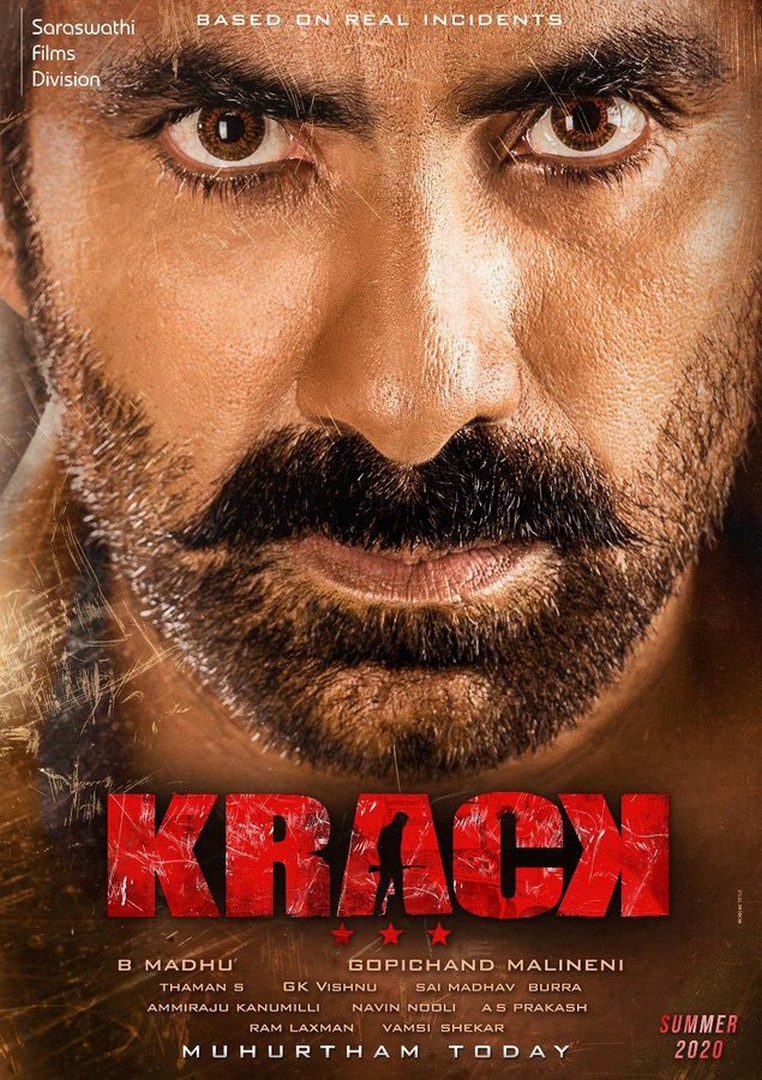