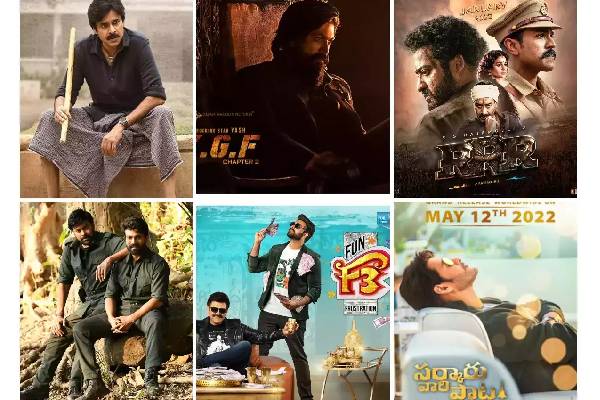 The first half of 2022 came to an end and Tollywood had a mixed first half. After the country recovered well from coronavirus, the third wave attacked in January and all the biggies were pushed to summer. Nagarjuna and Naga Chaitanya’s Bangarraju was the only decent film in January. Though the film received a mixed response, the Sankranthi season helped the film well. February had 22 releases and Pawan Kalyan’s Bheemla Nayak ended up as a decent hit. DJ Tillu is the biggest hit among the small films this year. Ravi Teja’s Khiladi has been declared as a disaster.

March witnessed a series of flops. Adavallu Meeku Joharlu, Sebastian, ET, Standup Rahul and Radhe Shyam ended up as flops. Prabhas’ film Radhe Shyam failed to report decent numbers. SS Rajamouli continued his success streak with RRR. The film is declared a blockbuster in all the languages. RRR is the biggest hit of the country this year. Except KGF: Chapter 2, all the other releases in April ended up as flops. Varun Tej’s Ghani and Chiranjeevi, Ram Charan starrer Acharya lost trace at the box-office.

KGF: Chapter 2 is declared as a super hit and the film fared exceptionally well in Hindi and Kannada languages. Mahesh Babu’ Sarkaru Vaari Paata and Anil Ravipudi’s F3 have been decent among the May releases. Both these films recovered their investments and had a decent run. June also had a bunch of releases. Kamal Haasan made a massive comeback with Vikram and the film is a blockbuster. Adivi Sesh delivered one more hit with Major. The film also did decent in Hindi. Nani’s Ante Sundaraniki ended up as a disappointment. Rana and Sai Pallavi’s Virata Parvam failed to report decent openings.

Kannada film 777 Charlie is a smashing hit in Kannada and the film has been decent in Telugu, Malayalam and Hindi languages. A bunch of small-budget films like Sammathame, Chor Bazaar, Rowdy Boys, Hero, Good Luck Sakhi, Son of India, Mishan Impossible, Jayamma Panchayathi, Bhala Thandanana, Shekar, Godse, Konda, 7 Days 6 Nights and others ended up as flops. 2022 first half is a mixed bag for Tollywood.