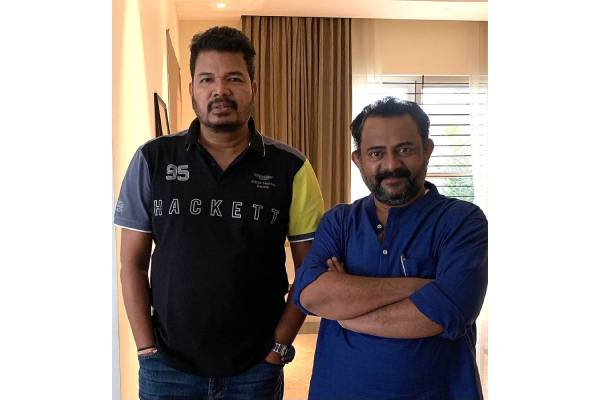 Mega Powerstar Ram Charan’s immediate next film after RRR will be directed by Shankar and the film will be a pan-Indian project. The makers are making big arrangements for the launch and this untitled actioner will have its official launch in August and the regular shoot will follow. As per the update, top Telugu writer Sai Madhav Burra is now on board to pen the dialogues for the Telugu version of the film. The happening writer himself shared the excitement after he met Shankar.

He also thanked Ram Charan for the opportunity. Top producer Dil Raju will bankroll this social drama that has an ample dose of action and entertainment. Speculations say that Kiara Advani will romance Ram Charan in the film and an official announcement is awaited. Thaman composes the music and the film will have its theatrical release next year in all the Indian languages. The estimated budget is close to Rs 240 crores.