After scoring a success for last year Diwali, Ravi Teja is back with another mass entertainer Touch Chesi Choodu which is directed by a Debutante Vikram Sirikonda. The film is scheduled for release tomorrow clashing with Naga Shourya’s Chalo. Worldwide theatrical rights of the film including expenses are valued at 27.50 Cr. Raja The Great had collected 30.80 cr Last year. 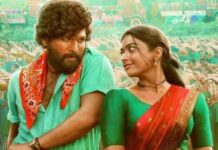 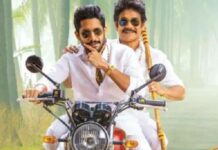