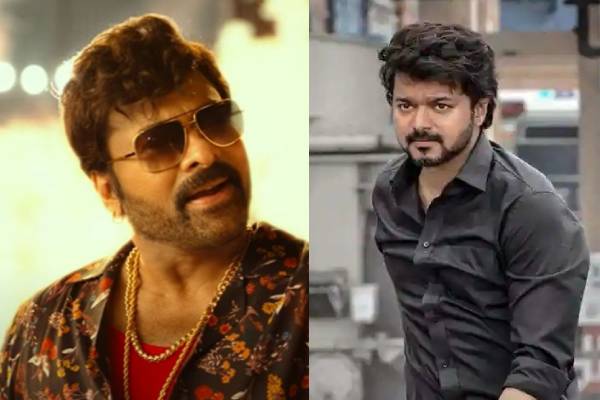 A couple of years ago, there were debates on about allocating theatres for a dubbed film during the Sankranthi season. Now the same situation is getting repeated for Sankranthi 2023. Dil Raju who is the producer of Vijay’s Varisu blocked several good screens in Nizam and Vizag regions for the film. Megastar Chiranjeevi’s Waltair Veerayya and Balakrishna’s Veera Simha Reddy are the films hitting the screens during the season. There are talks that Varisu will comparatively get more number of screens for Waltair Veerayya and Veera Simha Reddy. This is because of the hold of Dil Raju in the distribution system across the Telugu states.

Tollywood exhibitors will prefer to screen Waltair Veerayya and Veera Simha Reddy as they are straight Telugu films and have veteran actors playing the lead roles. But the agreements are done for Varisu. Mythri Movie Makers is producing Waltair Veerayya and Veera Simha Reddy and they are releasing both these films on their own. There would be a tough battle in the allocation of the screens during the season. Ajith’s Thunivu too is releasing during the season and Dil Raju will distribute the film. For Sankranthi 2023, there would be two straight Telugu films and two dubbed films.