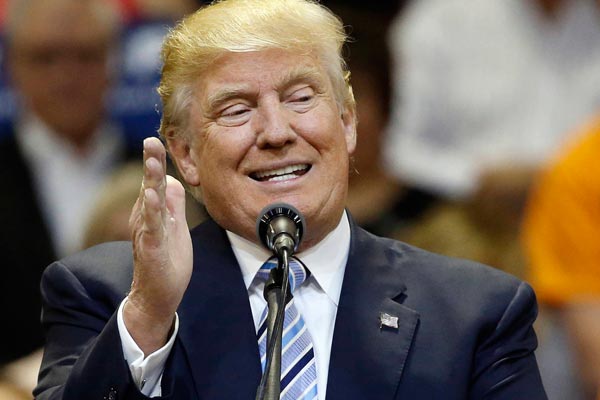 US President Donald Trump has said that he will sign an executive order to temporarily suspend all immigration to America because of the coronavirus pandemic, it was reported on Tuesday.

Taking to Twitter late Monday night, the President said: “In light of the attack from the Invisible Enemy, as well as the need to protect the jobs of our great American Citizens, I will be signing an Executive Order to temporarily suspend immigration into the United States.”

It was not immediately clear when the suspension would go into effect or how long it would last but the order would likely trigger political and legal pushback, reports Xinhua news agency.

The White House is yet to comment on the development.

The order would mark an extraordinary use of executive power by Trump, who has imposed travel restrictions on a group of nations and regions — measures that have led to chaos abroad and at US airports.

During his presidency, Trump has maintained a hardline stance on immigration and border security, and pushed for a series of controversial measures, including erecting a border wall along the nation’s southern border with Mexico in a bid to deter illegal immigrants.

The US has already agreed with both Canada and Mexico to extend border restrictions on non-essential travel until at least mid-May, said the BBC in a report.

In recent weeks, emergency powers have been used to expel thousands of undocumented migrants on the US border with Mexico.

Trump’s announcement comes at the US has reported 786,968 coronavirus cases, with 42,308 deaths, both figures the highest in the world.