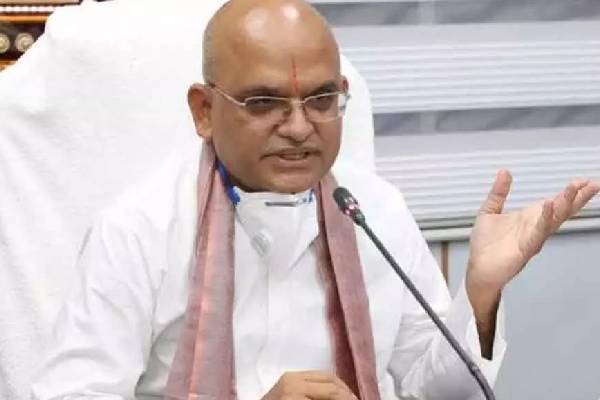 K.S.Jawahar Reddy, who is working as Executive Officer, Tirumala Tirupati Devasthanams (TTD EO) has been posted as special chief secretary to Chief Minister in the CMO.

Jawahar Reddy was brought in the place of Praveen Prakash, who was the principal secretary in CMO, whom Jagan transferred on February 14 and sent to Delhi as resident commissioner of AP Bhavan, considered as an insignificant post.

Meanwhile Jawahar Reddy will continue to hold additional charge of TTD EO besides post in CMO.

ACB DG P.Seetharama Anjaneyulu, has been posted as DGP, intelligence in the place of Kasireddy.

G.Sai Prasad, was given key post of CCLA (commissioner of land administration) in the place of Neerabh Kumar Prasad, who was posted as special chief secretary, environment and forests.