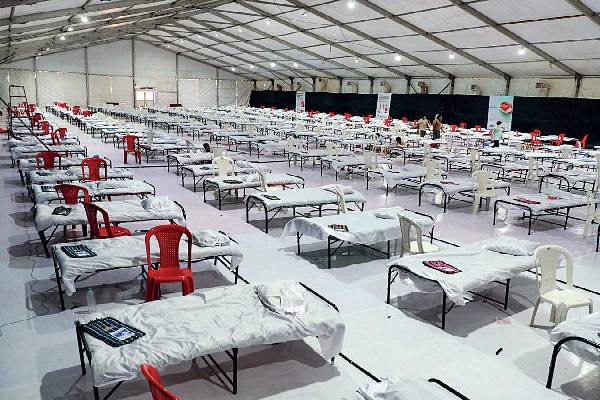 The TTD has decided to release funds to the respective District Collectors to construct German hangars to give treatment to the Covid patients in the State. A decision has been taken that Rs. 3.52 Cr would be released initially for this purpose. This was in tune with the decision of Chief Minister YS Jaganmohan Reddy to go for German hangars.

As per the initial figures, the District Collectors have been asked to use the TTD funds to construct four hangars in Visakhapatnam district, 2 each in Prakasam and Kurnool, 3 each in Krishna, Anantapur, Guntur and Kakinada. Two more hangars would be built in other parts of the State where there would be a requirement.

The Government says that in each German hangar shed, there would be a facility to provide 30 oxygen beds. Already one such shed was built at the SV Padmavati Hospital.

There has been a big controversy over diverting the TTD funds. BJP leader Subramania Swamy has been fighting to remove the Government control over the TTD funds. As such, the TTD has decided to provide funds directly to the District Collectors so as to avoid any controversy.