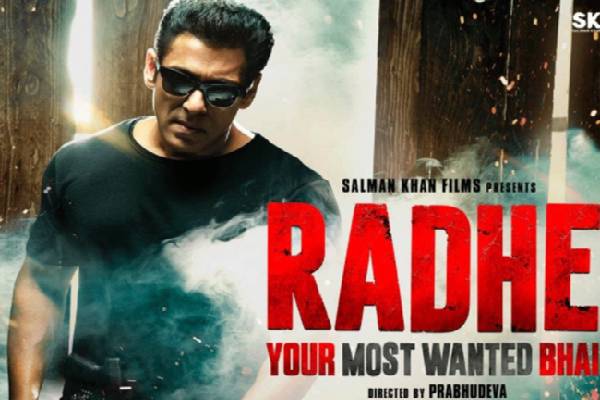 After a long wait for more than a year, Bollywood Superstar Salman Khan decided to go ahead and release Radhe on a pay-per-view basis on Zee Plex. Marking the occasion of Eid, Radhe released today along with a theatrical release in the major international circuits. Prabhudeva directed this action entertainer and Disha Patani is the leading lady. Salman played the role of a ruthless cop who works on a mission to eradicate the drug mafia. Here is the complete review of Radhe:

Salman Khan plays Radhe who wants the city to turn drug free. He comes to know about Rana (Randeep Hooda), the king pin of drug mafia in Mumbai who is into several murders and other cases pending on him. Radhe takes it directly on Rana and the rest of Radhe is all about how the honest cop takes on the deadliest drug supplier. Radhe is the remake of Korean crime drama ‘The Outlaws’.

Radhe is a disappointment right from the first frame. The entire film is predictable and the romantic drama is forced. Except for the stylish action stunts, Radhe stands as a huge disappointment. Even Salman Khan and his grace cannot save this pathetic attempt. The narration is flat with action episodes coming and going instead of the needed twists. The best songs are saved for the second half and the first half has no great thrilling moments for the audience.

Salman Khan nails it in style but the pale script and the poor execution makes his efforts wasted. Disha Patani is limited to glamorous presence and songs. Randeep Hooda shines in his role and his performance will be remembered. Jackie Shroff is wasted and all the other actors make no impact. The action episodes are presented well on the screen and the cinematography work is good. Two songs ‘Seetimaar’ and Radhe title number are decent on screen.

Radhe is backed by strong production values. Prabhudeva’s work and writing are the biggest disappointments of Radhe. A set of Salman Khan’s fans may love this clinched product.

Radhe is one of the biggest disappointments among Salman Khan’s films in the recent years. Can be strictly given a skip.