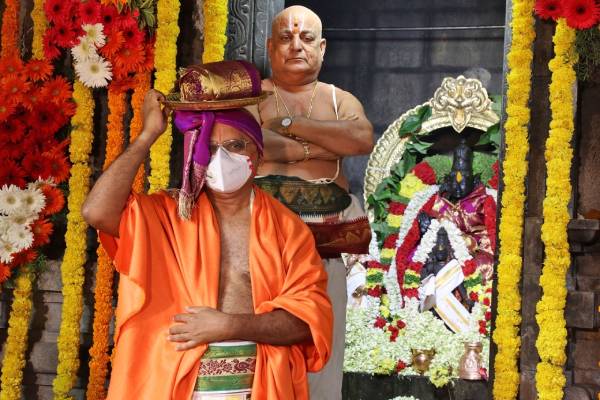 The Tirumala Tirupati Devasthanam (TTD), custodian of the richest Hindu temple in the world, is celebrating Hanuman Jayanti for the first time post-Covid pandemic at Tirumala in Andhra Pradesh. TTD Executive Officer K.S. Jawahar Reddy said the five-day celebrations that began on Hanuman Jayanti on Friday will conclude on Tuesday.

The development acquires significance in the wake of the TTD’s announcement in April this year that Lord Hanuman’s birthplace is located on Anjanadri, one of the seven Tirumala hills.

The celebrations organised under Covid-19 regulations began with a special puja of the deity and his mother, Anjana Devi, at the temple constructed in Aakasha Ganga, said a TTD media statement.

The TTD manages the affairs of the Sri Venkateswara temple and its activities across the world. The TTD was recently embroiled in a controversy after its claim that the Hindu deity was born on Anjanadri, one of the Tirumala hills, was contested by the Kishkindha Trust of Karnataka.