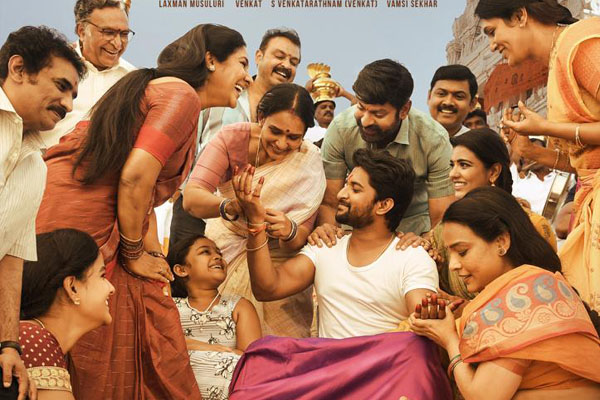 The news broke out that Nani’s upcoming movie Tuck Jagadish will head for a direct digital release through Amazon Prime. The digital giant acquired the digital rights of the film for Rs 7 crores and it was planned to be streamed on the platform 56 days after the theatrical release. With the theatrical release not possible, the makers revised the deal and the direct digital deal is closed for Rs 37 crores (including the digital deal made earlier). The makers sold the satellite rights for Rs 7.5 Cr (Star MAA), Hindi dubbing rights for Rs 4.5 crores and the audio rights are picked up by Aditya Music (Rs 2 Cr).

The makers of Tuck Jagadish pocketed Rs 51 crores through all the rights. That would be a decent one for the makers considering the pandemic situation. An official announcement about the direct digital release will be made very soon. Directed by Shiva Nirvana, Tuck Jagadish is a mass entertainer loaded with family emotions and Nani, Ritu Varma, Aishwarya Rajesh played the lead roles. Shine Screens are the producers and Tham composed the music, background score.