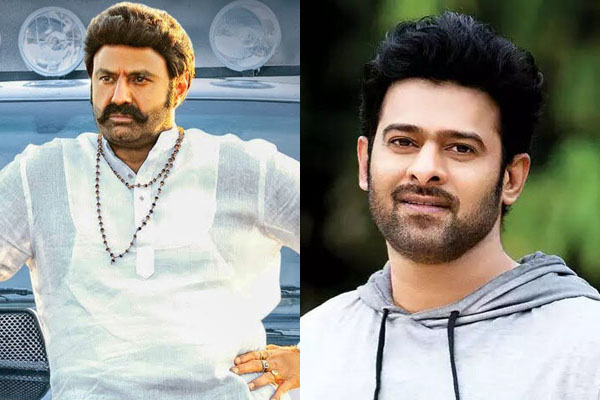 With the debut of Megastar Chiranjeevi to twitter, the social platform received a vintage vibe and touch. The actor cheered up everyone with his replies and Tollywood fans and twitterites are left delighted with his gesture. Each and every known Tollywood actor is active on twitter and they have been sharing their updates and are interacting with their fans during their free time.

The hardcore twitter activists and movie enthusiasts are now badly missing Balayya and Prabhas. These top actors have never made their debut on twitter and Twitter fraternity wants them to make their debut on the social platform. Some of them even posted Balayya style dialogues with his mannerisms about his reaction if he is present on twitter. Darling fans are eagerly waiting for the debut of Prabhas and are requesting him to join twitter at the earliest.

Twitter would be complete if Balakrishna and Prabhas too make their debut.