The overseas distribution rights of the film have been bagged by FlyHigh Cinemas. Interestingly, the distributors have planned the premiere shows of the film TWO Days in advance in USA i.e., on October 23rd (Tuesday), Which never happened before in TFI.

Coming to ‘Veera Bhoga Vasantha Rayalu’ this is a non-linear crime saga with patriotism as its backdrop directed by Inndrasena and music composed by Mark K Robin (AWE Fame) while Apparao Bellana is producing the movie under Baba Creations banner.

The looks of the lead cast and recently launched teaser (https://youtu.be/bgTf0PBo8RU) got a terrific response from the audience.

We sincerely thank Apparao Bellana Garu and Inndrasena Garu for giving us this opportunity. 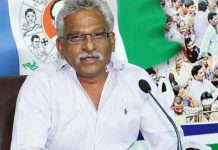