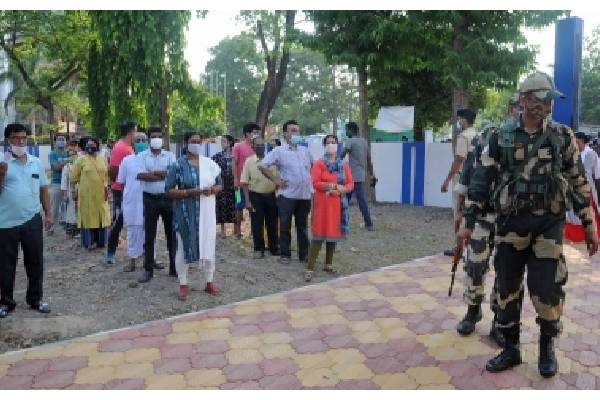 BJP AP President Somu Veerraju, party MP GVL Narasimha Rao and Rayalaseema leader Vishnuvardhan Reddy did active campaigning till the last day of electioneering in Tirupati. But, on the polling day and after, their voices were not to be heard from anywhere. They did not pass any comments on the allegations of bogus voters brought by the YCP from outside. They also remained silent on the Opposition demand for repoll in Tirupati.

However, at long last, BJP ally Jana Sena Party has released an official statement saying that they have not seen such an organised rigging before. JSP Political Affairs Committee Chairman Nadendla Manohar strongly objected to the manner in which fake voters arrived in large numbers and cast bogus votes all over the constituency. Spelling out the party line, he has demanded repoll. BJP nominee Ratna Prabha has also urged for repolling amid security given by the Central forces.

Usually, Veerraju and GVL Narasimha Rao make serious allegations whenever other parties hurt the prospects of the BJP candidates. This time, they have maintained silence. Being an MP, GVL did not even try to complain to the Central Election Commission about the violations in Tirupati.
As a result, the demands raised by Nadendla and Ratna Prabha have not carried much weight. As usual, the Election Commission took a lighter view of the TDP and the Congress complaints.