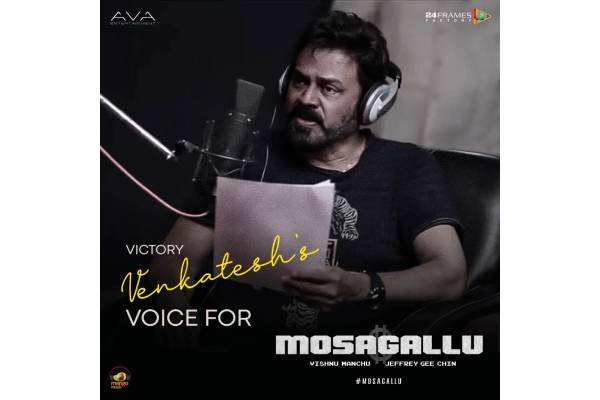 Films which will have voiceover of other stars will have an additional advantage. Aware of this fact, Vishnu Manchu ropes in Venkatesh to give his voiceover for his upcoming film Mosagallu. Venkatesh will narrate the film’s story from start to end.

Earlier, Venkatesh released theme music of the film helmed by Jeffrey Gee Chin. Allu Arjun also came in support of the film by releasing teaser. Apparently, Vishnu Manchu is leaving no stone unturned to raise the expectations on the film made on large scale.

Mosagallu marks Tollywood debut of Bollywood star Suniel Shetty. The film based on a true story about the biggest IT scam that shook the United States of America also features Kajal Aggarwal and Ruhi Singh in other prominent roles.