With the arrival of the coronavirus pandemic, the film shoots are put on hold for six months. Several young actors have been shooting for their films since September but the veteran actors like Chiranjeevi, Balakrishna and Venkatesh never returned back to work. They are not ready to take a risk as of now. Victory Venkatesh has pending portions of shoot left for his upcoming release Narappa. The actor is now in plans to return back to the sets of the film from November 5th and shoot for some of the portions for five days.

Venky will complete the portions with his beard so that he can move to another look for F3. The shoot will take place in Hyderabad. 20 days of flashback episodes will be left which will be shot next year. Narappa is the remake of Tamil blockbuster Asuran. Srikanth Addala is directing this drama and is produced by Suresh Babu, K Thanu. The film may release in summer next year. Venky is in plans to join the sets of F3 after he completes this schedule of Narappa. 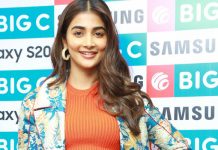