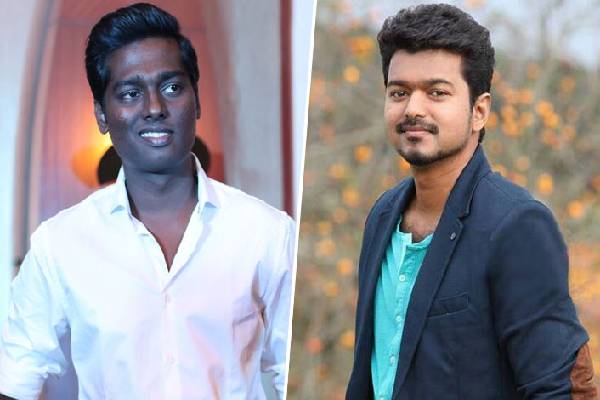 Ilayathalapathy Vijay is on the top in Tamil cinema with back-to-back hits. The actor is slowly emerging as a top actor in Telugu. His upcoming movie Beast is done with the shoot and the film is announced for summer release. He will soon work with Vamshi Paidipally and this film happens to be the first straight Telugu film for Vijay. The shoot commences in April and it will head for release next year. Vijay and Atlee worked for three films Theri, Mersal and Bigil. All three films ended up as super hits.

The latest news is that Vijay and Atlee are all set to team up again. The project is expected to happen next year. The report says that the film is an action-packed entertainer. AGS Entertainment will bankroll the project and an official announcement will be made soon. Atlee is currently directing Shah Rukh Khan and the film will be completed this year. Atlee is also holding talks with Allu Arjun for a film. More details about the fourth combo of Vijay and Atlee are expected soon.