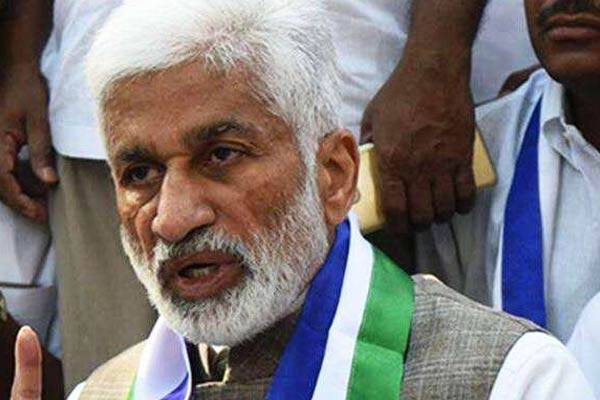 YCP firebrand MP VijayaSai Reddy is elated and overflowing with joy at the latest order of the High Court of Andhra Pradesh. He says that with this, it is evident that Chandrababu Naidu’s vicious plans would not work eventually in front of CM Jaganmohan Reddy’s benevolent rule.

Vijayasai says that Chandrababu is trying to play the role of a ‘Saindhava in Mahabharat’. But Naidu’s evil plans would not work in the Maha Yagna of Welfare being presided over the Jagan Reddy regime in the State. The High Court had realised the importance of public health and summarily suspended the election schedule.

The YCP MP further posed a series of questions to State Election Commissioner N. Ramesh Kumar. He asked whether Nimmagadda would go to the Supreme Court for seeking relief from the latest order of the High Court. Or, the SEC would go to the residence of Chandrababu Naidu for further advice on how to proceed ahead.

Whatever, the YCP cadres were all celebrating the victory in the High Court. On his part, the SEC has decided to approach the division bench of the High Court seeking dismissal of the single bench order.