Following the trend of releasing first look posters on birthdays, the makers of an upcoming film Virataparvam dropped first look of hero Rana Daggubati. He is introduced as Maoist leader Ravi Anna.

Rana appears in naxal dress code with a gun and his team can be seen following him. Sporting beard, Rana amazes in this getup. First glimpse of the Venu Udugula directing film will also be released today at 11:07 AM. 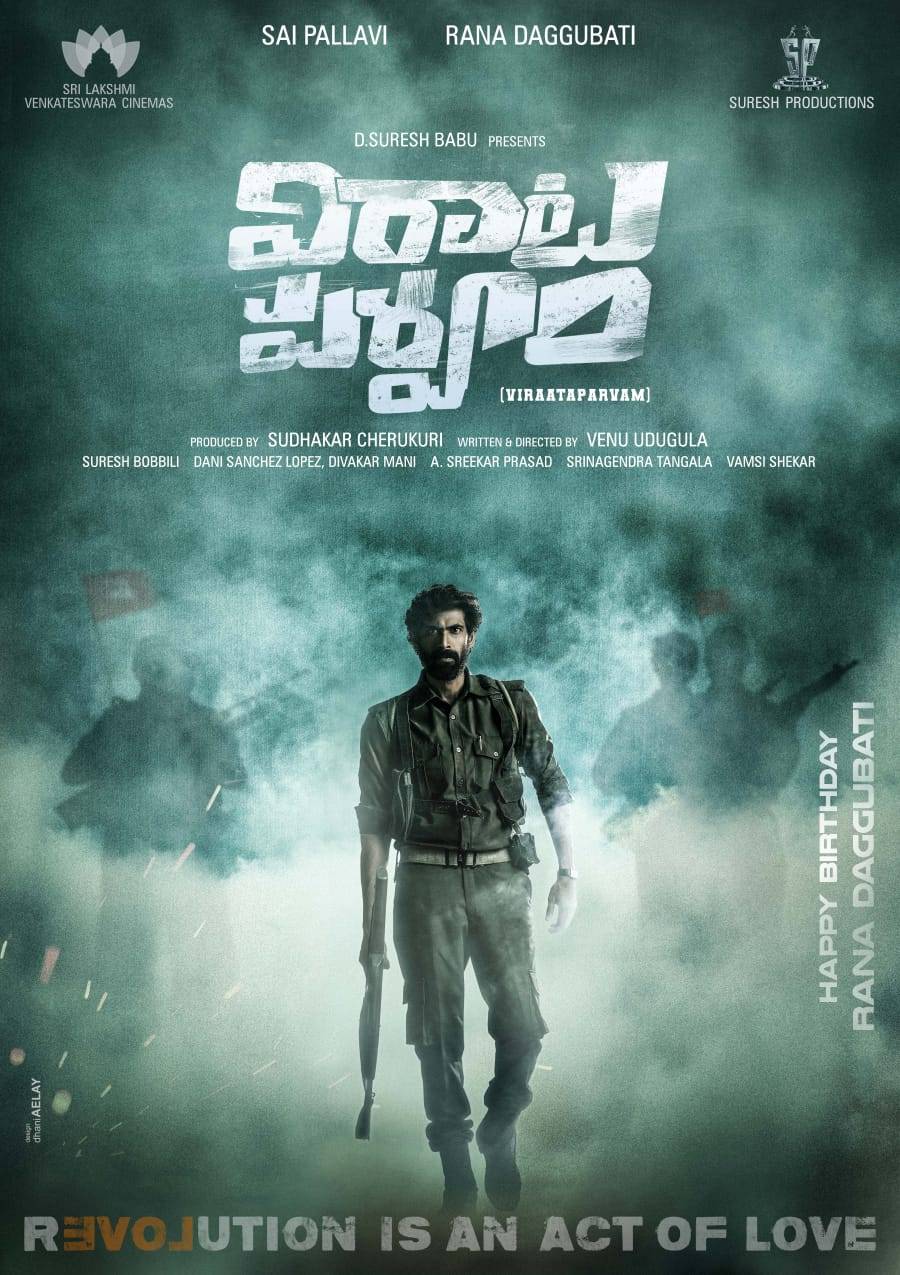