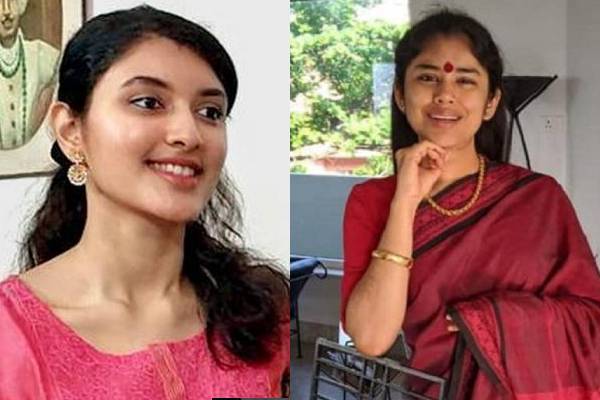 The people of North Andhra hold in high esteem the families of the Gajapathi Rajus. Since the YCP came to rule, things have changed for the worse. The ruling party has adopted the age-old British policy of ‘divide and rule’ against the royal families of Vizianagaram. The ongoing Pydithalli Utsav became a forum for settling scores between the divided families. With the help of YCP, Sanchaita Gajapathi Raju is wielding all the power right now over the royal family’s property and trusts. She is the daughter of Anand Gajapathi Raju.

Anand’s another daughter Urmila Gajapathi Raju has also become active. Their mothers were different. Now Urmila is opposing her step sister’s ways of bringing down the prestige of their family as a whole. As such, Sanchaita has used the Police and the Endowments officials to prevent Urmila from taking part in the Pydithalli Sirimanu utsavam. The officials obstructed Urmila from using their right to watch the Sirimanotsavam from the ramparts of the fort there.

A furious Urmila Gajapathi Raju criticised the officials for surrendering to the tactics of Sanchaita. Not stopping at that, Urmila has accused Sanchaita of insulting their father Anand Gajapathi Raju and their royal family as a whole. Despite the rising criticism from the other family members, Sanchaita was not relenting and going on aggressively implementing her own policies regardless of the protests from the local people and organisations. Urmila’s appeals for her rights are also falling on deaf ears.