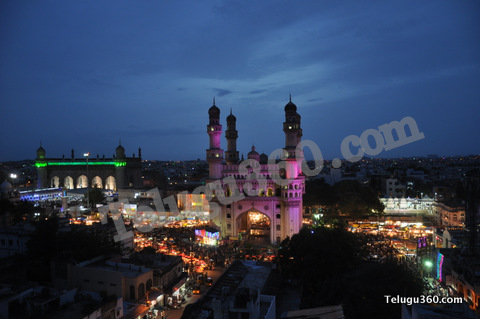 As TDP leaders and Andhra Pradesh chief minister, N Chandrababu Naidu continuously highlighting the need for implementation of Section-8 of AP Reorganisation Act. 2014, a large number of people in Telugu states are confused as to what this section would deal with and how it would benefit Andhra Pradesh.

Before we look into Section-8 of this act, it is pertinent to know what Section-5 of AP Reorganisation Act, 2014 as both sections deal with Hyderabad—the matter of concern for TDP leaders as of now.

Section-5 of this act has two sub-sections. While the first sub-section states that Telangana and Andhra Pradesh would have Hyderabad as common capital for a period ‘not exceeding ten years.’

Now, read on to know what the most-debated and demanded ‘Section-8’ highlights.

Section-8 of Andhra Pradesh Reorganisation Act, 2014 has four sub-sections. The first sub-section stresses that governor would have special responsibility to safeguard the liberty and property of people who reside in Hyderabad.

According to the second sub-section of section eight, governor will handle the law and order, internal security and allocation and maintenance of government buildings in Hyderabad.

The third sub-section states that governor would take an independent decision regarding the matters mentioned above only after consulting the council of ministers of Telangana state.

Two advisors, appointed by the Central Government, will assist the governor, according to the fourth and last sub-section of the act.

Will it benefit Andhra Pradesh economically?

The answer is certainly no, as said by many legal experts and economists, as no where it’s mentioned in Section-8 that the revenue of Hyderabad would be shared with Andhra Pradesh. This section deals only with law and order besides allocation and maintenance of government buildings.

Why governor would consult council of minister of Telangana state?

Before taking any decision with regards to Section-8, the governor will consult the Telangana Government as Telangana police would act in Hyderabad, which will, however, be controlled by the governor.

All in all, TDP should now at least focus on development of north Andhra and Rayalaseema regions as the development in four Rayalaseema districts besides Vizianagaram and Srikakulam is limping.  Instead, the party leaders are choosing to fight on an issue that might benefit the party-given the ignorance of people on section eight-but will not benefit the region in any manner.