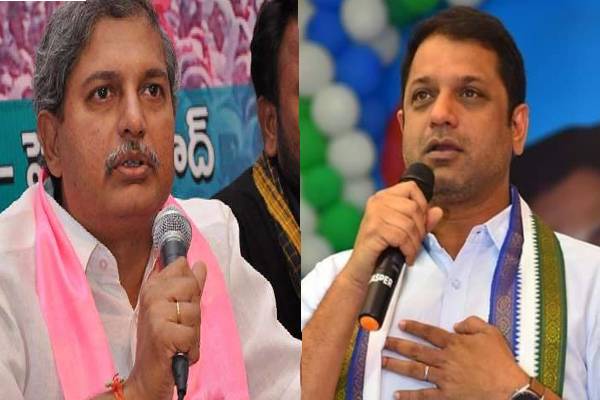 Move over Telangana. If you have your absentee MLA in Chennamaneni Ramesh. Then Andhra Pradesh has its own absentee MP in Kotagiri Sridhar. Just as Chennamaneni, the Vemulawada MLA, spends most time abroad and interacts with the people of the constituency only through the virtual online mode, Kotagiri Sridhar, the Eluru MP, too is never seen in the constituency. He is either in Delhi or away from Indian shores.

There is however, only one difference. There are doubts about Chennamaneni’s citizenship, but Sridhar is an Indian citizen. Hence there are no legal wrangles for Sridhar unlike Ramesh.

Sridhar is the son of Kotagiri Vidhyadhera Rao. Kotagiri was a four time MLA and a minister for several times. Ahead of the 2009 elections, he joined the Praja Rajyam Party of Chiranjeevi. Later, he slowly faded out in politics. Vidhyadhera’s son Sridhar, who has international business interests, had contested from Eluru Lok Sabha seat on the YSRCP ticket and won the elections. Even during the election campaign, he hardly toured the constituency.

After the election, he did not tour the constituency even once. He is either in Delhi or abroad. His presence is only on social media. His team puts out social media posts off and on and that is the only way to know about what he is doing and where he is. Though the prestigious Polavaram project is being constructed in his Lok Sabha constituency, he is unavailable to address the relief and rehabilitation related issues.

Like most MPs from YSRCP, he is keeping away from the MLAs and is not in touch even with the key party workers. Locals say that the MP has already spent nearly a half of his tenure without even bothering to visit the constituency. He may very well complete his tenure by spending time abroad.