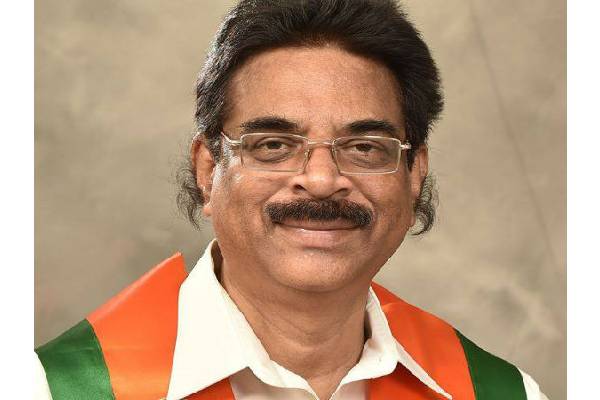 Why was Kambhampati Haribabu, the old BJP warhorse, made a governor in the latest reshuffle? This question has surprised many. Haribabu has been in hibernation ever since he was replaced by Kanna Lakshminarayana and has not been heard for quite a while. Yet, the gubernatorial post has fallen into his lap.

It is another thing that he has been made a governor of a very small state like Mizoram. But, governorship is governorship. Even as congratulatory messages are flooding him, questions are being raised as to why the Modi-Shah duo picked Haribabu for the coveted post.

Sources say his loyalty to the party has counted a lot in the selection. Haribabu stood by the party during the partition of the state and afterwards. Even when the BJP-TDP relations became worse, Haribabu did not make even a single adverse comment and followed the party line. When he was asked to standby to allow Daggubati Purandeswari to contest from Vizag in 2019, Haribabu obliged without a murmur. He also worked for her in the elections. Even after Kanna and Somu Veerraju became presidents of the BJP, he steadfastly remained in the party and attended all the programmes without fail.

But, some people say that Kambhampati has been rewarded for his close association with vice-president M Venkaiah Naidu. Kambhampati has always been a Venkaiah Naidu associate. They were together during the Jai Andhra agitation of the 1970s. The association continued all through and Venkaiah has made him an MP and then the party chief. Sources say that Venkaiah may have pulled all stops to get this post for Haribabu.

But one thing is quite clear. This is a pre-retirement promotion for Haribabu. After a governorship, the politician usually retires gracefully. For instance, V Rama Rao, Ch Vidyasagar Rao and few others were retired this way. Bandaru Dattatreya too is likely to retire from active politics after his stint in Haryana. Even Haribabu may have to do the same.