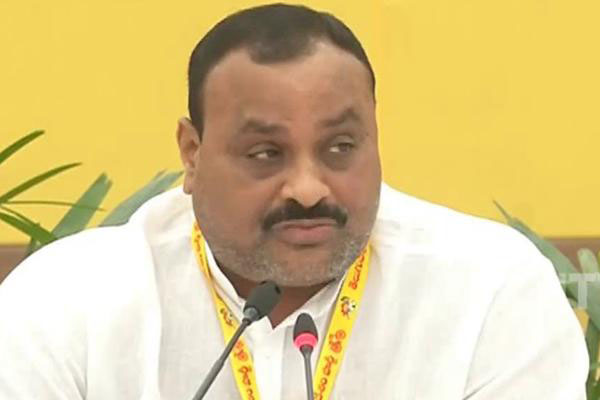 What is the AP ESI scam?

Between 2014-15 and 2018-19, three former directors of Insurance Medical Services (IMS) Dr B Ravi Kumar, Dr C K Ramesh Kumar and Dr G Vijaya Kumar were alloted the total budget of Rs 293.51 crore for the purchase of drugs and medicines for ESI hospitals during the five year rule of TDP. There are four ESI Hospitals, three ESI Diagnostic Centers and 78 ESI Dispensaries in Andhra Pradesh. Apart from drugs and medicines, purchases were made for lab kits, surgical items and furniture for ESI hospitals. However, the directors had allegedly purchased drugs and medicines worth Rs 698.36 crore, which is an excess of Rs 404.86 crore.

Further, the Vigilance and Enforcement Department of Andhra Pradesh had found several procedural lapses in procuring the drugs and medicines. After a probe, it was found that the directors had purchased drugs and medicines to favour firms like M/s Jercon Enterprises, M/s.Raasi Pharma and M/s.Veeresh Pharma. The quotations from non-rate contract firms were fabricated.

In its report, the Vigilance and Enforcement Department of Andhra Pradesh noted that the directors of IMS had caused a loss of more than Rs 151 crore to the state exchequer. The purchase orders were placed without calling for open tenders, competitive bidding was avoided to favour Non-Rate Contract firms of their choice.

The three directors had made the purchase without setting up Drug Procurement Committees. Further, it is alleged that the directors awarded purchase orders to firms which were owned by relatives of some senior staff members. The IMS directors had failed to follow the standard procedures in the entire process. Instead of awarding the contract for one year, work orders were allegedly given for five years. In all this, Atchannaidu name does not figure in the Vigilance and Enforcement Department

What is the accusation against Atchannaidu?

According to the ACB, when Atchanaidu was Andhra Pradesh labour minister, there were several irregularities in the purchase of medicines, surgical equipment and furniture

>>> Atchannaidu had allegedly asked one of the directors to place purchase orders to Hyderabad-based Tele Health Services Pvt Ltd. without calling for tenders

Atchannaidu had denied any wrongdoing in his tenure as labour minister and claimed that he merely implemented the directives of Prime Minister Narendra Modi. “In 2016, the Prime Minister convened a meeting of ESIC and wanted the states to introduce tele health services and the Centre wrote a letter to all states in December 2016 on the same. We had decided to implement that and I asked our officials to follow the Telangana model and issued a note,” Atchannaidu had said in a video message from his village in Srikakulam district on February 21, 2020. He had maintained that all relevant records were available and could be verified.