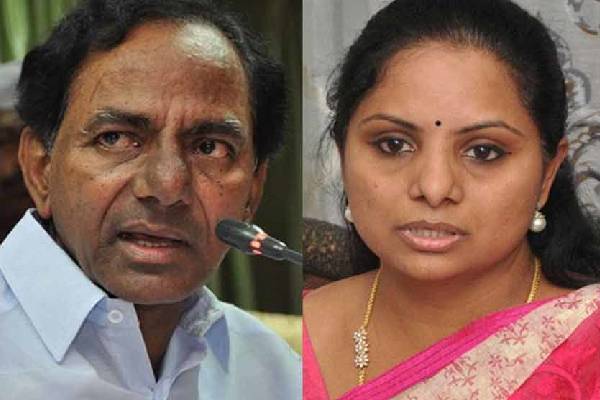 Ever since Kalvakuntla Kavitha was fielded as TRS MLC candidate for Nizamabad local bodies constituency in March 2020 and won this election in October 2020, there has been a talk that her father and Telangana Chief Minister K.Chandrashekar Rao will induct his daughter into his cabinet.

But this did not happen even a year after her election as MLC.

However, the sudden appointment of TRS MLA from Nizamabad rural constituency Bajireddy Goverdhan as chairman of TSRTC two days ago has again fuelled speculations of KCR inducing Kavitha into his cabinet anytime.

There is a debate in political circles that KCR appointed Bajireddy Goverdhan all of a sudden as TSRTC chairman only to pave way for his daughter Kavitha’s entry into his cabinet.

Bajireddy is a senior most MLA from the same Nizamabad district and if KCR takes Kavitha into cabinet without giving any post to Bajireddy, it may create unnecessary problems for him and to avoid this he gave cabinet rank post to Bajireddy first.

But questions are also being raised in political circles whether KCR will take such a big risk of inducting Kavitha into his cabinet under these circumstances where he is already facing severe attack from Opposition parties for bringing ‘family rule’ in Telangana by giving cabinet minister posts to his son KTR and nephew T.Harish Rao. Besides, he gave Rajya Sabha seat to his other nephew J.Santosh Kumar.

Already opposition parties are targeting KCR saying that there are four posts in Kalvakuntla family but there are no jobs for lakhs of youth in Telangana.

At this juncture, whether KCR will take the risk of giving the fifth post to Kalvakuntla family by taking his daughter Kavitha into his cabinet is a million-dollar question.