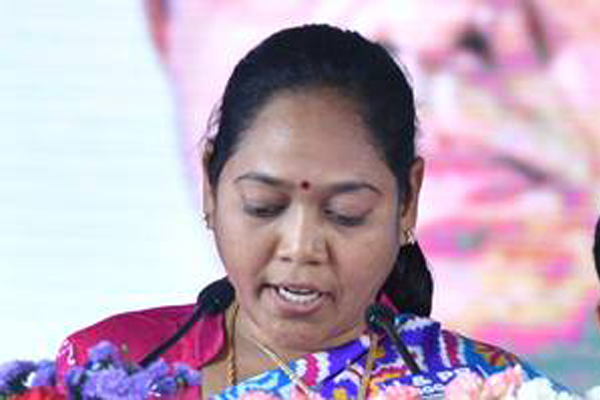 AP Home Minister Sucharita is facing a major crisis from her native Guntur district. Once they are blown out, Palnadu faction clashes are not easy to solve. Sucharita should have taken early steps to prevent clashes which has led to the forced migration of hundreds of TDP families from villages. She complicated it further by attending a YCP protest camp against the rehabilitation camp held by TDP boss Chandrababu Naidu.

Sucharita’s final mistake was to describe TDP migrated families as ‘paid artists’. Losing all hope, TDP affected families met Union Minister of State for Home G. Kishan Reddy and narrated about YCP political harassment. They sought the intervention of the Central government. TDP leaders told the Union Minister that the AP Police are not solving the issue. Instead, the police are creating problems for TDP’s Chalo Atmakur protest on September 11 which is to create confidence among the aggrieved persons.

Following this, AP DGP Gautham Sawang became extra alert and prevailed over the YCP leaders. Now, Sucharita has come down and agreed for a special officer to be appointed to solve Palnadu problems. The police also promised to take TDP migrated families back to their villages and ensure peace. Still, TDP has its own doubts and is going ahead with Chalo Atmakur despite prohibitory orders under Section 144. Will Palnadu YCP factions change to solve the issue?