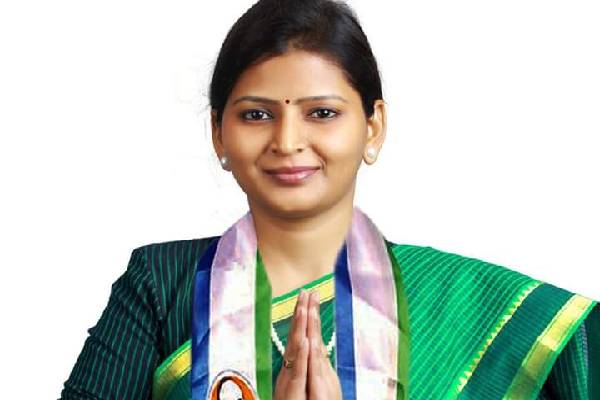 This first time MLA was in the good books of YS Jagan. A lady…a well-educated young politician… someone from the scheduled castes…. everything was going for her. She was tipped to become a minister in the next reshuffle of the Jagan government. But, one small mistake is now threatening to ruin all her chances.

Jonnalagadda Padmavathi, the MLA from Anantapuram’s Singanamala constituency is now embroiled in an unseemly controversy. She is now being accused of trying to grab the land of a small farmer. The allegations have now reportedly reached Tadepalli.

The MLA has recently purchased five acres in Korrapadu village. The land is close to the Highway and the MLA wanted an access to the highway from her land. So, her family members reportedly tried to bring pressure on a small farmer identified as Nagalinga Reddy to sell of his land. However, Reddy refused and the MLA’s henchmen reportedly gave the small farmer their trademark ‘treatment.’

However, much to the discomfiture of Padmavathi, the video clip of MLA’s family members beating Nagalinga Reddy went viral on the social media. The video clip also showed the MLA’s men destroying Nagalingareddy’s crop by mowing down with a tractor. All these are now turning out to be a huge headache for her. There are fears that this could actually hit her chances of becoming a minister from the SC quota.