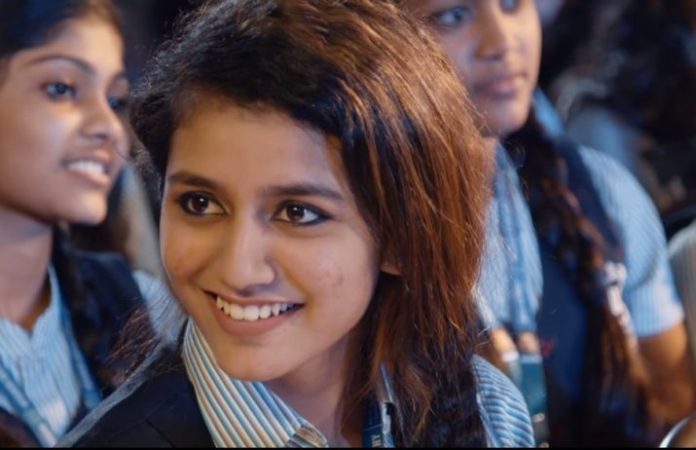 After becoming an overnight sensation with her ‘Wink’ act in Malayalam film Oru Aadaar Love, young startlet Priya Prakash Varrier has been flooded with numerous offers in South India. Recently, she graced the audio launch event of her film held in Hyderabad and grabbed the attention of Telugu audience and media.

As per the latest reports in industry circles, Priya Prakash is in talks with Vikram K Kumar for playing one of the female lead roles in his upcoming film with Nani. It is a known fact that Nani and Vikram are coming together very soon for an interesting film. Sources say that the film will feature 5 heroines in important roles. Vikram Kumar is currently auditioning for heroines and he has approached Megha Akash and Priya Prakash till now.

We have wait for an official confirmation on who will bag the opportunity to romance Natural star in this film. The regular shooting will commence in Summer.