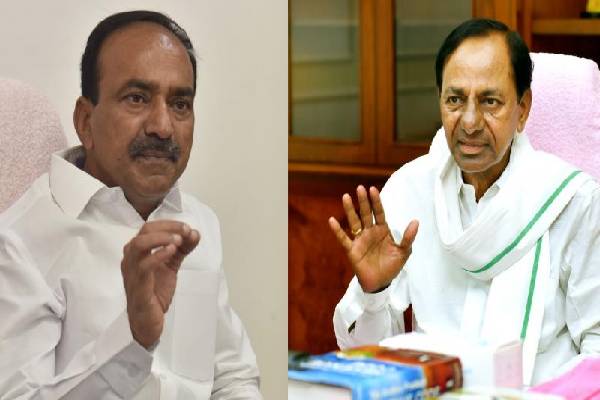 A lot depends on which way the Huzurabad byelection will go. Yes. Now that Etela Rajender has resigned from the TRS and the MLA seat, a byelection is inevitable. The outcome of this bypoll will surely decide Etela Rajender’s future, but it will also decide the future of several silent dissidents in TRS.

If Etela manages to win, then it will open the floodgates and many TRS leaders, who are unhappy with KCR’s working style, will get emboldened. They will start voicing their opposition and if possible challenge KCR. If he loses, the disgruntled elements will bide their time.

In fact, Huzurabad bypoll is like no other bypoll. All other bypolls were caused by the death of the sitting MLA. This is the first instance of an MLA resigning the MLA post by openly rebelling against the TRS leadership. Thus, if Etela manages to win, it will be a big signal to the silent dissidents in TRS. For instance, the term of six TRS MLCs, who have won from the MLAs’ quota has recently ended. By next January, another 14 MLCs are due to retire. In addition, one nominated MLA will retire on June 16. This means, 21 of the 30 MLC seats will go for polls.

There are many claimants for these seats. For instance, whether Kadiyam Srihari gets an extension is very important. This SC leader is already unhappy and if he is denied seat, he might switch over. Similarly, Kotireddy of Nagarjunasagar stood down for Nomula Bharat in the recent bypolls. He needs to be rehabilitated. Leaders like former council chairperson Sirikonda Madhusuudhanachary, former MLC Karne Prabhakar and others are expecting MLC seats this time. Several other ticket aspirants and MLC hopefuls too will raise their voice if they are denied tickets.

All these hinge on Huzurabad byelection result. Hence, these bypolls are more important for KCR than to Etela Rajender himself. Winning this seat is of critical significance for KCR. So, expect him to pull all stops and marshal all resources to defeat Etela.