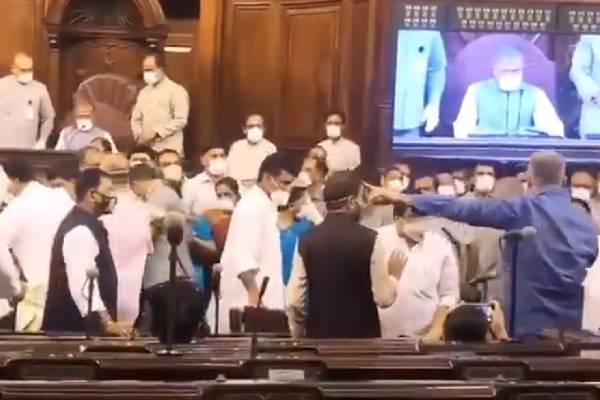 Siromani Akali Dal has been a long time partner of the Bharatiya Janata Party but it is strongly objecting to the farm sector Bills brought by the Modi Government. In fact, Akali Dal Union Minister Har Simrat Kaur has resigned from her post in protest against the Central Government’s bills. For the last few days, the BJP’s Bills have raised much political heat and dust in the National Capital. The Parliament witnessed uproarious scenes as well.

Like Akali Dal, several friendly parties of the BJP have started withdrawing their support. However, both the ruling YSRCP and the Opposition TDP from Andhra Pradesh gave their total support to the BJP’s Bills in Rajya Sabha. They spoke in favour of the efforts of the Modi Government. Whereas, many other parties surrounding the well of the House and literally brought the proceedings to a halt.

On the other hand, the YCP’s friendly party TRS strongly opposed the Bills. The TRS MPs demanded the BJP to withdraw the Bills saying that they were anti-farmer.