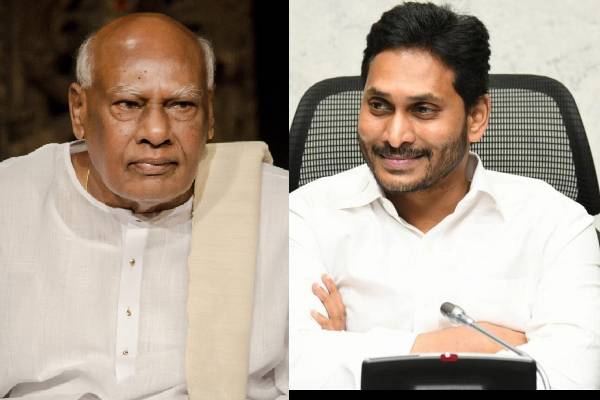 Is Jagan slowly and silently getting closer to former CM K Rosaiah? It appears so. One name in the newly constituted TTD jumbo trust board failed to catch anyone’s attention. One person from Vizag – Pyda Krishna Prasad – has been made the trust board member. Not many would even pay attention to know who this man is.

Pyda Krishna Prasad is a popular businessman in Vizag and runs educational institutions too. Not just that, he has set up Saranya Venkateshwara Swamy temple in Vizag. But, there is another connection that most people know. Krishna Prasad is the son0in-law of former CM K Rosaiah. It is clear that Vijayasai Reddy, who is planning to contest from Visakhapatnam Lok Sabha seat in 2024, has recommended his name. Sources in the know say that Vijaysai is eyeing the Vysya vote in the urban part of the constituency.

Insiders say there is another angle to it. If and when the state’s administrative capital is shifted to Vizag, the Jagan government is planning to use the educational institutions of Krishna Prasad as temporary offices for various departments. Sources say Krishnaprasad has given his consent to the proposal. By making him the special invitee in the TTD board, the YSRCP is gaining the support of the Vysyas and also getting some temporary space for the offies.

In the latest development, Vizag has got two key posts in the TTD. One is Krishna Prasad. The other is Sudhakar. He is the chairperson of the Brahmana Corporation, which is aimed at garnering the Brahmin votes. Both are small but influential groups.