CM Jaganmohan Reddy may be adamant just like his father YSR but he is pursuing a different kind of caste politics in the state. YSR gave top priority to wooing Kapus in Central and North Coastal Andhra districts in those days. That community also stood like a rock of support to YSR as an individual leader rather than a political party. Now, that situation is not there any more. Jagan Reddy is slowly and steadily antagonizing the Kapu community. YSRCP leaders are attacking all top Kapu leaders in the state now. The ruling party leaders are making personal comments against Pawan Kalyan, Naga Babu and even Kanna Lakshminarayana of BJP.

Talking about this in his latest Kothapaluku column, ABN Radha Krishna says that CM Jagan has a smart political strategy behind his anti-Kapu line in general. The CM’s sole aim now is to polarise and woo as much BC votebank as possible. Any division of this vote bank is expected to make him unbeatable in AP elections for years to come. Accordingly, Jagan Reddy is taking a calculated risk in criticising Kapu leaders in order to attract BCs in coastal Andhra. Such deep rooted political game plans are never followed before in the state. RK says that whether right or wrong, all of Jagan’s policies and plans are aimed at only one factor – that is to win elections. Whereas, YSR did not discriminate along votebank lines once he came to power. 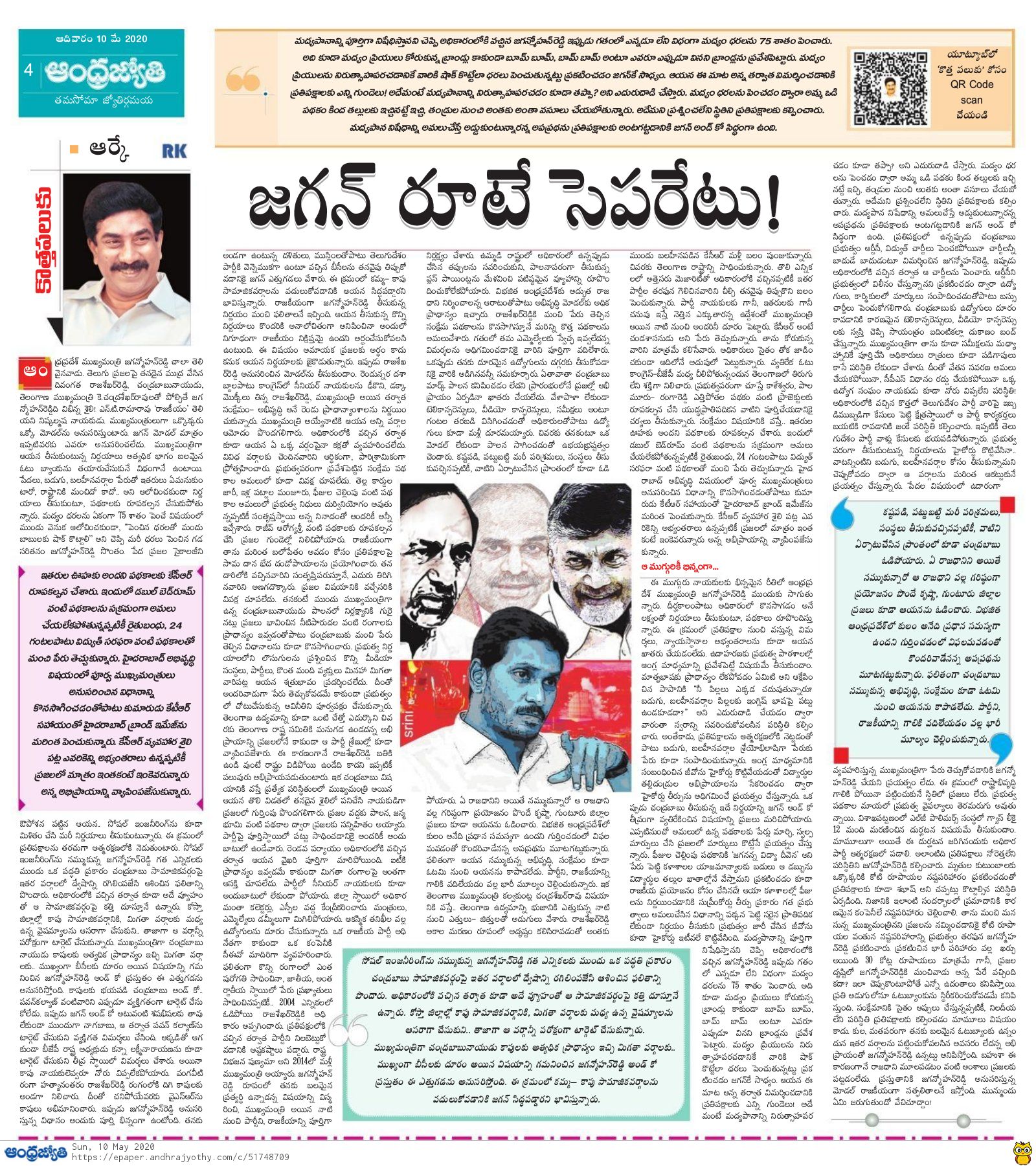