TDP leader Devineni Uma Maheswara Rao on Friday said that the ruling YSRCP doesn’t have the right to take credit for the completion of Durga flyover as its construction began in 2015.

After Chandrababu Naidu became the CM of the bifurcated state of Andhra Pradesh in June 2014, the project was officially announced. When the Central government approved the project in April 2015, Vijayawada MP Kesineni Nani had said that once the tendering process was completed, the flyover would be finished in 18 months. The flyover was sanctioned in 2014 after the Telugu Desam Party (TDP) government came to power.

The foundation stone itself was laid in December 2015 by Union Road Transport Minister Nitin Gadkari.

Though the TDP government had claimed after coming to power that the flyover would be completed in August 2016 – the first official deadline for the project – the foundation stone itself was laid in December 2015 by Union Road Transport Minister Nitin Gadkari.

Talking to media, Devineni said, “The previous TDP government under the chief ministership of Chandrababu Naidu had envisioned the Kanaka Durga and Benz Cirlce flyovers. Kanaka Durga flyover is the crown jewel of Vijayawada city. Every single person in both the Telugu states are aware of Chandrababu Naidu’s vision. Because of his vision today that traffic congestion Vijayawada city will be a thing of past.”

The 2.6-km long flyover was constructed at an estimated cost of Rs 502 crore. The road starts at Kummaripalem and ends at the Rajiv Gandhi Municipal Park, passing over Temple Road and Canal Road besides the Prakasam barrage. Gadkari also laid the foundation stone of 16 national highway projects in the state, amounting to a length of 1,411 km, at a cost of Rs 15,592 crore. 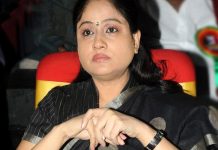