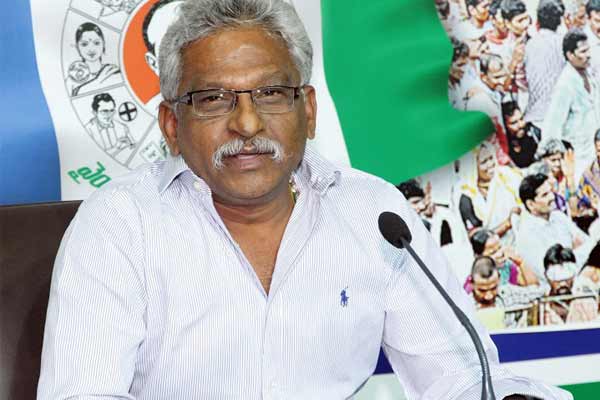 TTD trust board chairperson YV Subba Reddy is facing a different kind of trouble. He has formulated several guidelines for darshanam of the lord. He has cancelled the L1, L2 and L3 darsaams in Tirupati. Those worthy of protocol are being given darsanam first and then those who come with recommendation letters would be given darsanam. By cancelling L1, L2, L3 darsanams, the followers of politicians, their personal staff and supporters won’t get a protocol darsanam.

However, several YSRCP ministers are misusing their power and are trying to bring their associates and followers for darshan. They are actually violating the very rules that the TDP and its new chief YV Subba Reddy has framed. They are coming with a huge contingent and are demanding special darsanams. Thus the very purpose of cancelling the L1, L2 and L3 darsanams has been defeated.

For instance, on January 1, Minister Chelluboyina Venu came with a contingent of 36 persons. Another minister Jayaram came with 55 people. One of Jagan’s deputy CMs is visiting Tirumala every week. Sources say he is visiting Tirumala only to ensure that his supporters get the right kind of darsanam. They are seeking protocol darsanam for their followers.

Due to this, the very purpose of reducing VIP protocol darsanams is getting defeated. YV is said to have been exasperated with this kind of demands being placed by the VIPs. He is said to have thrown up his hands in disgust and helplessness.