The YCP Ministers have raised hell against the proposed ‘e-Watch’ app to receive complaints on the offences in the panchayat elections. They have complained that this app was developed not in the office of the State Election Commission (SEC) but in the office of the Telugu Desam Party (TDP). Other than that, the YCP leaders could not come out with any valid reasons why they were objecting to the app.

Clearly enough, the Chief Minister and his Ministers are upset over the manner in which SEC Ramesh Kumar is going ahead with his novel plans to ensure a free and fair election. Amid this controversy, Ramesh is all set to launch this new app at his office formally today.

Reports say that the ‘e-Watch’ app of the AP State Election Commission will accept complaints from all if there were any election excesses. Any threats, intimidations, kidnappings, obstructions, etc can be posted and complained on the app itself.

While the ruling YCP leaders are terming this as yet another conspiracy of Ramesh and Chandrababu Naidu, the rival leaders say that the Election Commissions in many States were having such apps already. The ruling party leaders and the Government should not create obstacles for such measures aimed at transparency. 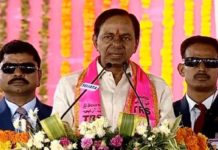 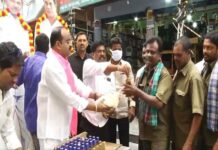 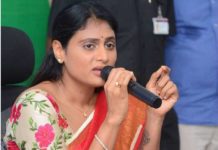