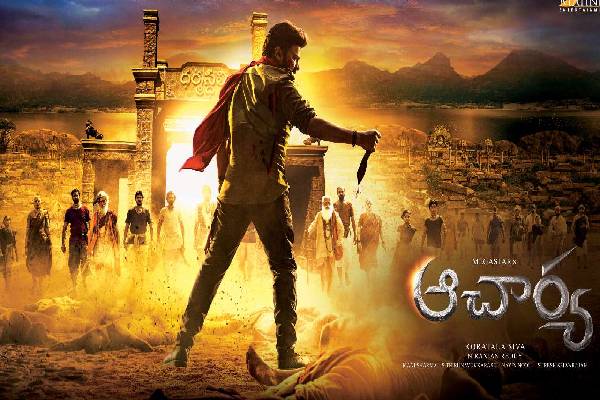 Megastar Chiranjeevi’s upcoming movie Acharya had his home banner Konidela Production Company on board along with Matinee Entertainments. But in a surprising move, Ram Charan decided to stay calm and is away from the production responsibilities of the project. Chiranjeevi will take home his quoted remuneration for the project. Koratala Siva, the film’s director is well aware of the theatrical deals and distribution numbers. He also managed the same for Bharat Ane Nenu.

Koratala Siva is now in touch with the distributors and is finalizing the deals. Koratala Siva also holds a share in the profits of Acharya and is personally overlooking the business for the movie. Except for Nizam, most of the theatrical deals are closed. Dil Raju and Warangal Srinu are competing for Nizam rights. The teaser that is released recently generated positive buzz on the film. Acharya also features Ram Charan in a crucial role. Matinee Entertainments are the producers and Acharya releases on May 13th across the globe.