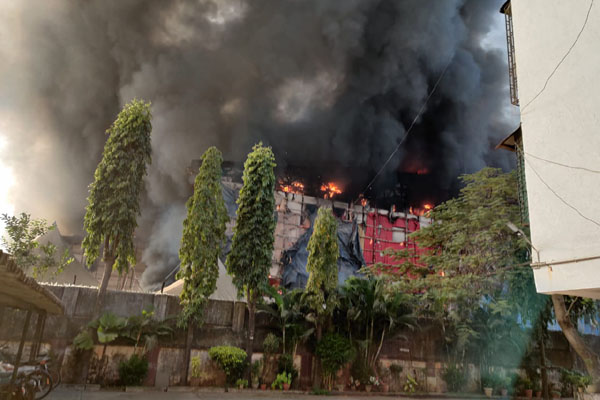 A fire broke out on the sets of Om Raut’s upcoming biggie Adipurush, starring Prabhas and Saif Ali Khan, on Tuesday, which was the first day of the film’s shoot.

The fire reportedly broke out around 4.30pm on the set of the film in a Goregaon studio. Neither Prabhas nor Saif was present on the set at the time of the accident.

It is reported that the incident happened due to a short circuit. According to sources in the studio, the fire was brought under control soon enough and nobody was injured. No casualty has been reported.

Unconfirmed videos from the burning set of the film have gone viral on social media, with netizens expressing their concern over the unfortunate incident.

“Fire caught on the sets of #Adipurush at a Goregaon studio #Mumbai. Everyone is safe no one has come under any physical harm. It happened due to short circuit and the entire chroma set up went into ashes. #Prabhas and Saif were not a part of this shoot,” photographer Viral Bhayani wrote on Instagram.

Earlier in the day, director Om Raut announced on social media that he has begun with the mahurat shot for the film.

Adipurush is Raut’s new directorial after last year’s blockbuster Tanhaji: The Unsung Warrior. Prabhas officially announced the beginning of shoot on Tuesday morning with the word “Aarambh” (start) on his Instagram page.