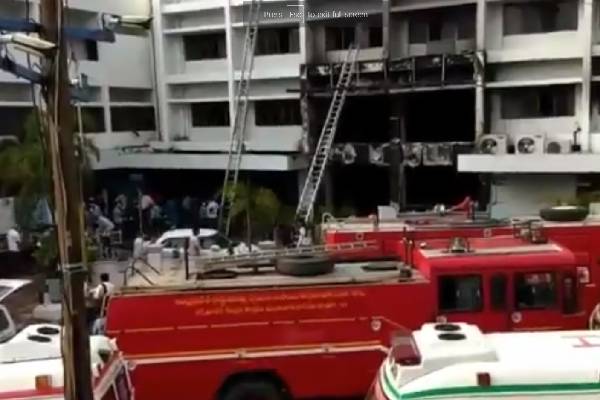 Over eleven patients died so far in the huge fire at the Covid centre being run at the Swarna Palace Hotel in Vijayawada. The fire broke out due to a short circuit in the early hours of Sunday. There were nearly 40 patients and 10 medical staff at the time of the mishap. The death toll is expected to rise further. This Covid centre is being run by Ramesh Hospital management. Many hotels in the city were converted into Coronavirus centres and handed over to different hospitals.

Mr. Naidu and former Minister Nara Lokesh demanded that the best medical care be provided to the injured persons. They demanded immediate compensation to the bereaved families who lost their dear ones in the fire.

Two of the eleven deceased persons were women. The injured persons were shifted to other hospitals in over 15 ambulances. Some patients even jumped from the top floors of the building after flames engulfed their rooms.