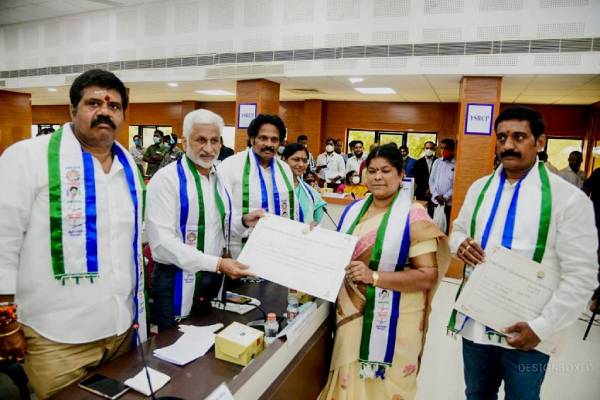 In the just concluded elections for municipal corporations mayors and municipalities chairpersons posts in Andhra Pradesh, women constituted as many as 60 per cent of the elected lot by the ruling Yuvajana Sramika Rythu Congress Party (YSRCP) on Thursday.

Similarly, 78 per cent of the elected mayors and chairpersons belong to the Dalit and backward communities.

“The Y.S. Jagan Mohan Reddy-led government has taken a significant step in bringing 60.47 per cent of the mayor and chairperson posts to women. This means that out of 86 posts, 52 posts are held by women,” said an official.

Likewise, SC, ST and OBC communities managed to bag 67 of the 86 posts.

As many as 78 per cent of the mayor and chairperson posts went to the SC, ST, OBC and minority communities, which is unprecedented and aimed at meting out social justice to those communities.

YSRCP leaders reiterated that the party is committed to ensure the welfare of minorities.